Mars May Have Less Water Than Previously Estimated 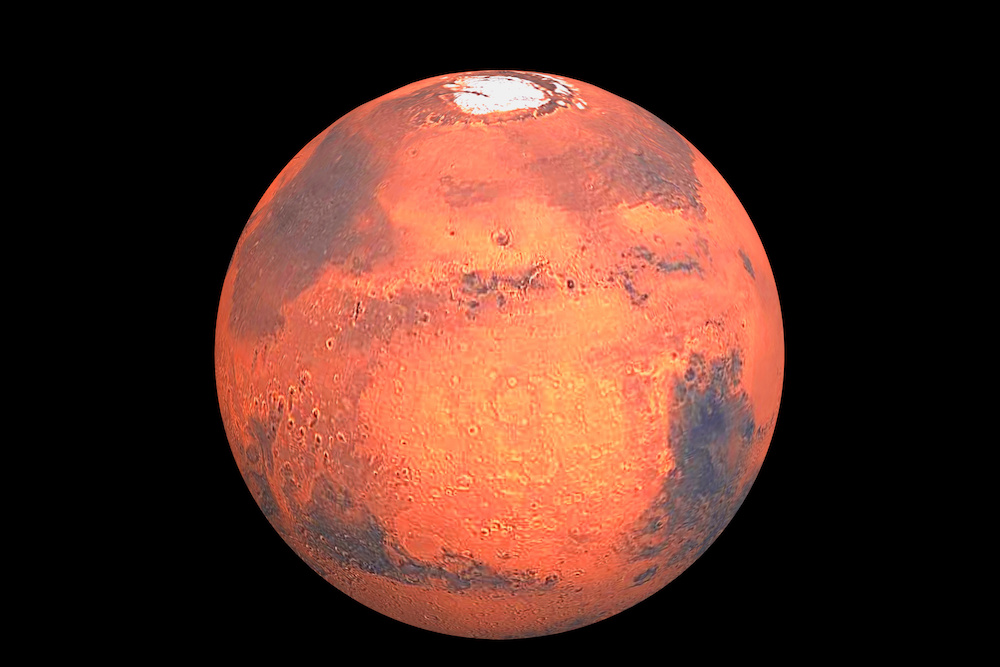 Researchers from the Oden Institute and Jackson School of Geosciences have developed an improved model for planet-wide groundwater flow prediction on Mars that is not only more accurate but, according to its author, more elegant too.

Mars is believed to have collided with a huge astral entity around four billion years ago.

The Late Heavy Bombardment refers to a period where it is believed that a disproportionately large number of asteroids collided with Mercury, Venus, Earth and Mars. Many meteors and meteorites impacted Mars resulting in the large number of massive impact craters on the surface of the Red Planet. The event is also believed to have created its northern lowland - so large it’s visible from space - where a significant tract of Martian land appears to be literally sliced off.

This basin is also believed to have once contained a massive body of water. “Mars used to have a lot of water and it still has ice likely before this collision.” That’s Mohammad Afzal Shadab, a CSEM graduate student at the Oden Institute whose team developed a very simple mathematical formula for predicting just how high that groundwater table would have been. The study entitled: “Estimates of Martian Mean Recharge Rates from Analytic Groundwater Models” is advised by Marc Hesse and is pursued in collaboration with Eric Hiatt. It is a collaboration between the Oden Institute for Computational Engineering and Sciences, Jackson School of Geosciences, Institute for Geophysics and Center for Planetary Systems Habitability.

They also used the models to explore self-consistent combinations of recharge (rainfall or precipitation) and hydraulic conductivities. 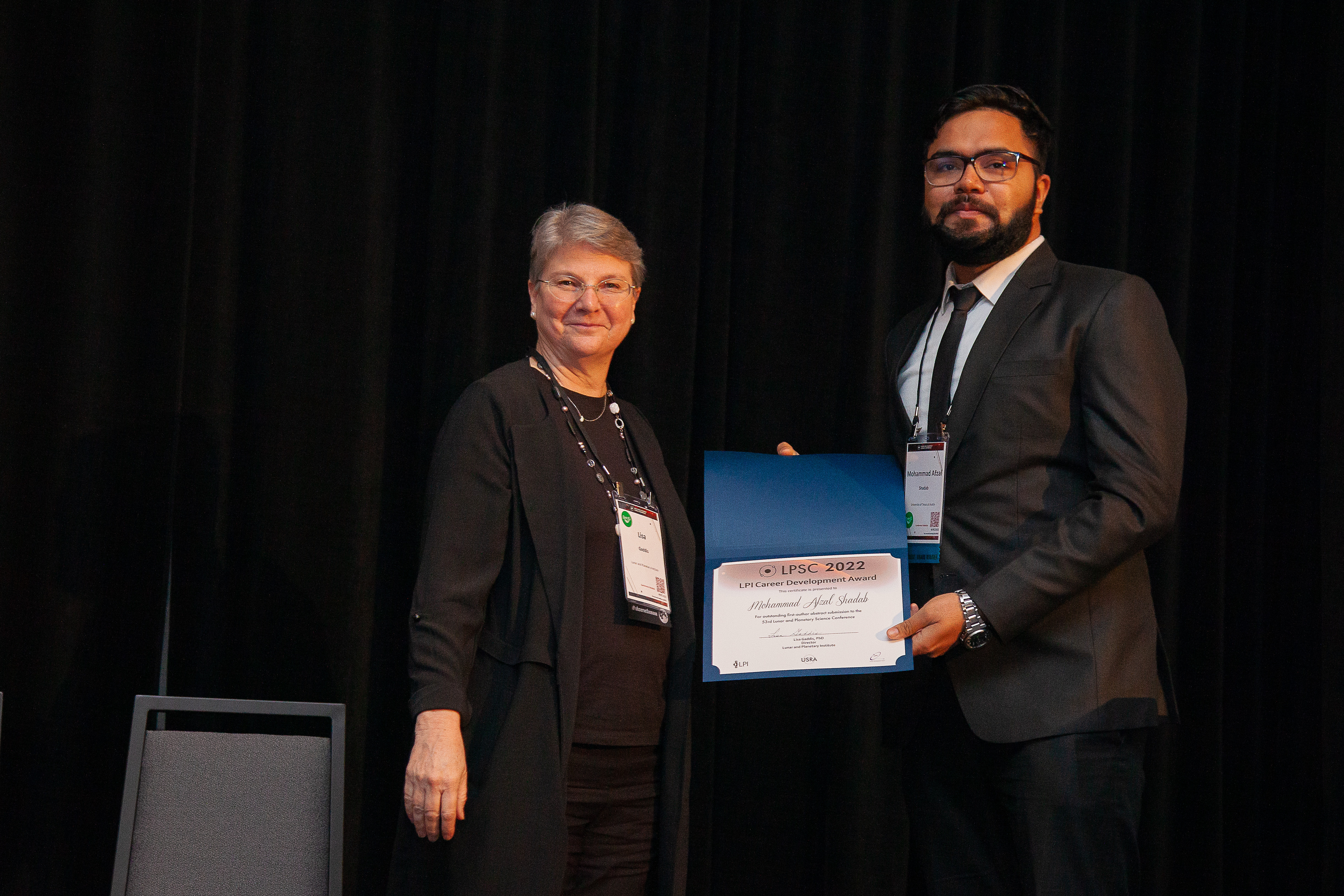 Mohammed Afzal Shadab (right) accepting his award from the Lunar and Planetary Institute.

While models have been developed in the past, scientists have been relying upon the more straightforward Cartesian mapping method. No, previous Martian cartographers were not flat-earthers. But these earlier simplified models, predominantly limited to Cartesian and cylindrical coordinates, were found to be way off the mark.

Notwithstanding that planets are spherical in shape, no one had, heretofore, incorporated a spherical coordinate. Why? Simply put, because it requires more complex mathematics. "We found that all the previously published estimates for recharge rates are orders of magnitude off from what early Mars could accommodate,” he added.

Interestingly, the more "complex" mathematical model was able to produce simpler analyses than previous simulations.  “Simple is the wrong word to use. I would say more elegant,” he added. "And 3D simulations on a complicated geometry with craters and putative shorelines developed by my co-collaborators at the Jackson School support the model, showing the same behavior."

So northern Mars is headless. But it also has very deep holes - an area known as the northern lowlands. There are also southern highlands – where higher, more mountainous ground dominates the landscape.

Shadab and the research team made a model for a hypothetical ocean in the northern lowlands that is connected, or “recharged”, by a groundwater aquifer across the whole southern highlands.

Applicants are reviewed by a panel of planetary scientists each year. This year they received applications from the United States, India, France, Switzerland, Belgium, Poland, and the United Kingdom.