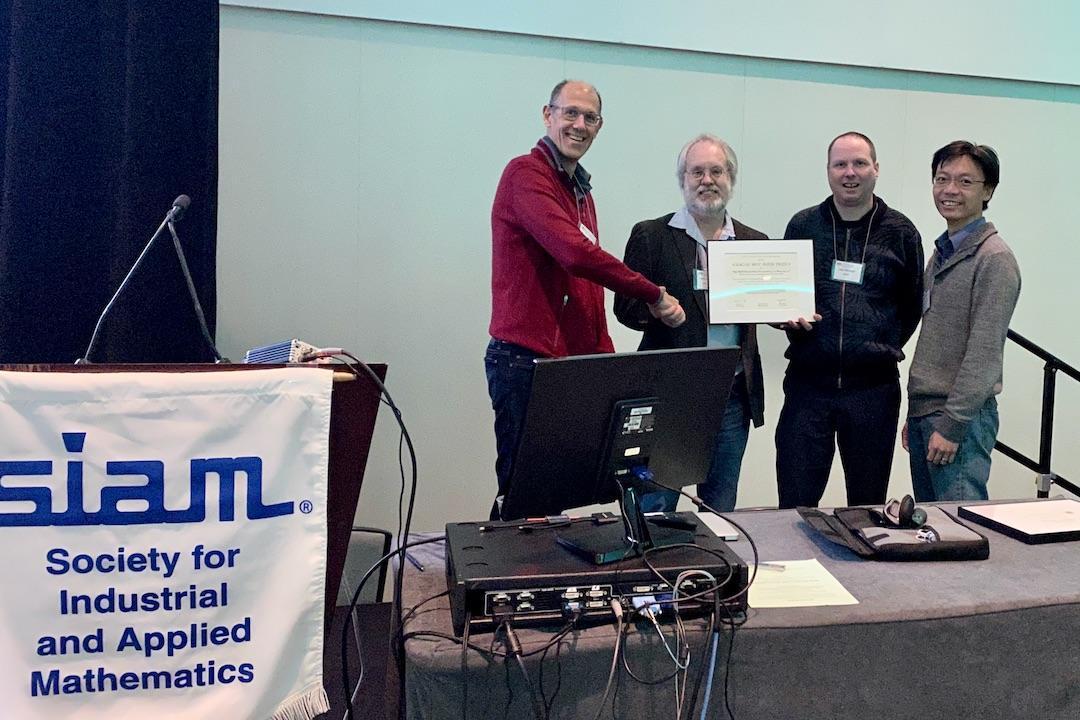 Their paper, “The BLIS Framework: Experiments in Portability,” was published in ACM Transactions on Mathematical Software in 2016. The SIAG/SC Best Paper Prize is awarded every two years to the author(s) of the most outstanding paper in the field of parallel scientific and engineering computing published within the preceding four calendar years.

Their coauthors include former members of the SHPC group as well as collaborators from industry.

The winning paper was a validation of BLAS-like Library Instantiation Software (BLIS) — a framework that relies on the notion of microkernels within a core infrastructure of portable software abstractions. This careful design enables both productivity and high performance while preserving ease of maintenance for its developers.

Van de Geijn accepted the award on behalf of all the authors at the 2020 SIAM Conference on Parallel Processing for Scientific Computing (PP20), held in Seattle, Washington in February 2020. In a recent interview with SIAM News Van de Geijn and Van Zee summarized their appreciation for this recognition.

“The award recognizes decades of fundamental computer science on algorithms for computing matrix operations, the structure of software that implements those algorithms, and the techniques that map them to hardware,” Van de Geijn said. “The hard work and sophistication of this research isn’t well known outside of our own specialist circles. Receiving this award allows us to better reach the broader scientific computing audience.”

“Machine Learning applications have started to transform the world in which we live and frequently these applications are underpinned by computations based on linear algebra,” added Van Zee. The research described in this paper, therefore, enables advances that touch our everyday lives.”

More information on the awards and the full list of contributing authors can be found here.