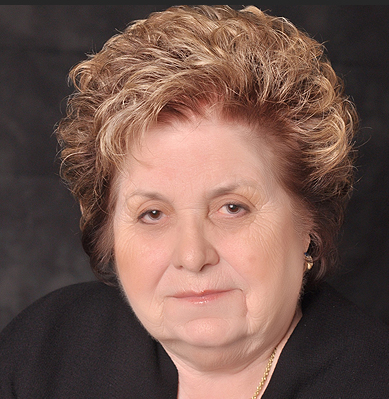 Mary Fanett Wheeler is a world-renowned expert in computational science. Her Ph.D. education comes from Rice University Mathematics in 1971. She has been a member of the faculty at The University of Texas at Austin since 1995 and holds the Ernest and Virginia Cockrell Chair in the departments of Aerospace Engineering and Engineering Mechanics, and Petroleum and Geosystems Engineering. She is also director of the Center for Subsurface Modeling (CSM) at the Oden Institute for Computational Engineering and Sciences. Before joining the faculty at UT Austin, Dr. Wheeler was the Noah Harding Professor in engineering at Rice University in Houston.

Dr. Wheeler’s research involves computer simulations to model the behavior of fluids in geological formations. Her particular research interests include numerical solution of partial differential systems with application to the modeling of subsurface flows and parallel computation. Applications of her research include multiphase flow and geomechanics in fractured porous media, contaminant transport in groundwater, and sequestration of carbon in geological formations. Dr. Wheeler has published more than 300 technical papers and edited seven books; she is currently an editor of five technical journals. It should be noted that Dr. Wheeler co-authored the first papers on modeling flow and transport in porous media using discontinuous Galerkin (DG) and/or mixed finite element methods, as well as co-authored two papers (one with Tom Russell and one with Alan Weiser) demonstrating the first proofs on convergence of cell-centered finite differences on nonuniform mesh – standard approach employed in reservoir simulation.

Dr. Wheeler is a member of the Society of Industrial and Applied Mathematics and the Society of Petroleum Engineers. She is a Fellow of the International Association for Computational Mechanics and is a certified Professional Engineer in the State of Texas. She was co-organizer of the SIAM Activity Group in the Geosciences, and alongside Dr. Hans van Duijn, started the Journal on Computational Geosciences. Dr. Wheeler served has served on numerous committees for the NSF and the DOE. For more than seven years she was the university lead in the DOD User Productivity Enhancement and Technology Transfer Program (PET) in environmental quality modeling. Dr. Wheeler has served on the Board of Governors for Argonne National Laboratory and on the Advisory Committee for Pacific Northwest National Laboratory. In 1998, Dr. Wheeler was elected to the National Academy of Engineering. In 2006, she received an honorary doctorate from Technische Universiteit Eindhoven in the Netherlands. In 2008, she received an honorary doctorate from the Colorado School of Mines. In 2009, Dr. Wheeler was honored with the SIAM Geosciences Career Prize, as well as her third IBM Faculty Award. That same year, she was awarded the Theodore von Kármán prize at the SIAM national meeting, recognizing her seminal research in numerical methods for partial differential equations, her leadership in the field of scientific computation and service to the scientific community, and for her pioneering work in the application of computational methods to the engineering sciences, most notably in geosciences. In 2010, she was elected to the American Academy of Arts and Sciences. In 2011, she received a Humboldt award.  In February 2013, Dr. Wheeler was selected to receive the Lifetime Achievement Award of the International Society for Porous Media, InterPore. The award is given in recognition of her achievements in the area of subsurface flow and contaminant transport, and in recognition of her great contribution in increasing the visibility, credibility and prestige of porous media research. In May 2013, Dr. Wheeler received the John von Neumann Medal award from the United States Association for Computational Mechanics (USACM). It is the highest award given by USACM to honor individuals who have made outstanding, sustained contributions in the field of computational mechanics over substantial portions of their professional careers. In 2014, she was named an SPE honorary member, the organization’s highest honor.