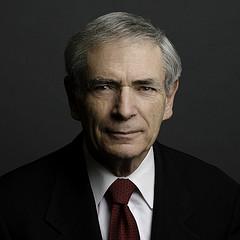 An author of over 600 scientific publications: books, book chapters, conference papers, and monographs, Dr. Oden is an editor of the series, Finite Elements in Flow Problems and of Computational Methods in Nonlinear Mechanics. Among the 56 books he has authored or edited are Contact Problems in Elasticity, a six-volume series: Finite Elements, An Introduction to the Mathematical Theory of Finite Elements, and several textbooks, including Applied Functional Analysis and Mechanics of Elastic Structures, A Posteriori Error Estimation in Finite Element Analysis (with M. Ainsworth), and, more recently, An introduction to Mathematical Modeling: A course in Mechanics. His book with J.N. Reddy, An Introduction to the Mathematical Theory of Finite Elements was republished by Dover in 2011. His treatise, Finite Elements of Nonlinear Continua, published in 1972 and subsequently translated into Russian, Chinese, and Japanese, is cited as having not only demonstrated the great potential of computational methods for producing quantitative realizations of the most complex theories of physical behavior of materials and mechanical systems, but also established computational mechanics as a new intellectually rich discipline that was built upon deep concepts in mathematics, computer sciences, physics, and mechanics. Computational Mechanics has since become a fundamentally important discipline throughout the world, taught in every major university, and the subject of continued research and intellectual activity. Oden has published extensively in this field and in related areas over the last three decades.

Dr. Oden is a member of the U.S. National Academy of Engineering, a Fellow of the American Academy of Arts and Sciences, and an Honorary Member of the American Society of Mechanical Engineers. He is a Fellow of seven international scientific/technical societies: IACM, AAM, ASME, ASCE, SES, SIAM, and BMIA. He is a Fellow, founding member, and first President of the U.S. Association for Computational Mechanics and a Fellow, founding member, and past President of the International Association for Computational Mechanics. He is a Fellow and past President of both the American Academy of Mechanics and the Society of Engineering Science. Among the numerous awards he has received for his work, Dr. Oden was awarded the A. C. Eringen Medal, the Worcester Reed Warner Medal, the Lohmann Medal, the Theodore von Karman Medal, the John von Neumann medal, the Newton/Gauss Congress Medal, and the Stephan P. Timoshenko Medal. He was also knighted as "Chevalier des Palmes Academiques" by the French government and he holds five honorary doctorates, Honoris Causa, from universities in Portugal (Technical University of Lisbon), Belgium (Faculte Polytechnique), Poland (Cracow University of Technology), the United States (Presidential Citation, The University of Texas at Austin), and France (Ecole Normale Superieure Cachan (ENSC).

In 2004, Dr. Oden was among the seven UT-Austin engineering faculty listed as the most highly cited researchers in the world from 1981-1999 in refereed, peer-reviewed journals, according to the International Scientific Index. In 2009, Oden was elected as a Fellow of the Society for Industrial and Applied Mathematics (SIAM) and received both the SIAM Distinguished Service Award and the University Cooperative Society's Career Research Excellence Award. In 2011, Oden received the prestigious SIAM/ACM Prize in Computational Science and Engineering (CS&E Prize) for his outstanding research contributions to the development and use of mathematical and computational tools and methods for the solution of science and engineering problems. In 2012, the U.S. Association for Computational Mechanics established the J. Tinsley Oden Medal to recognize “outstanding and sustained contribution to computational science, engineering, and mathematics.” Most recently, Oden was honored in Japan as the 2013 Laureate for The Honda Foundation Prize for his role in establishing the field of computational mechanics.

Dr. Oden serves as a member of the Predictive Engineering Science Panel (PESP) for Sandia National Laboratories and as a Member of the IUTAM Working Party 5 on Computational Mechanics. He serves on numerous organizational, scientific and advisory committees for international conferences and symposiums. He is an Editor of Computer Methods in Applied Mechanics and Engineering and serves on the editorial board of 27 scientific journals.

Dr. Oden has worked extensively on the mathematical theory and implementation of numerical methods applied to problems in solid and fluid mechanics and, particularly, nonlinear continuum mechanics. His current research focuses on the subject of multiscale modeling and on new theories and methods his group has developed for what they refer to as "adaptive modeling." The core of any computer simulation is the mathematical model used to study the physical system of interest. They have developed methods that estimate modeling error and adapt the choices of models to control error. This has proven to be a powerful approach for multiscale problems. Applications include semiconductors manufacturing at the nanoscale level. Dr. Oden, along with ICES researchers, is also working on adaptive control methods in laser treatment of cancer, particularly prostate cancer. This work involves the use of dynamic-data-driven systems to predict and control the outcome of laser treatments using our adaptive modeling strategies. His most recent work focuses on predictive science involving the use of Bayesian statistics to validate multiscale models of atomistic and molecular systems.