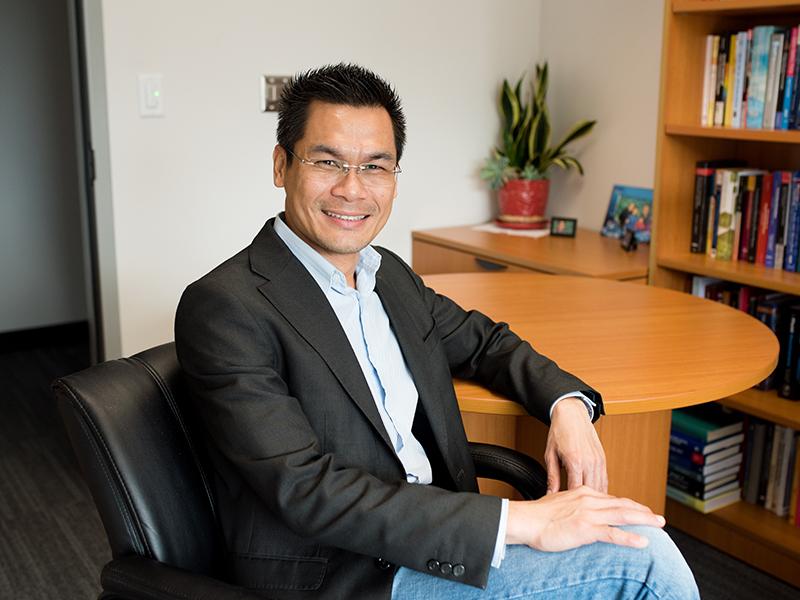 Dr. Tan Bui-Thanh received his PhD in 2007 in computational fluid dynamics from the Department of Aeronautics and Astronautics at the Massachusetts Institute of Technology (MIT), after receiving master's degree in high performance computation for engineered systems from the Singapore-MIT Alliance (an alliance between the National University of Singapore and Nanyang Technological University and MIT) and Bachelors' of Engineering degree in Aeronautics from Ho Chi Minh City University of Technology, Vietnam.

From June 2007 until he arrived here at UT Austin in June 2008, he worked as a postdoctoral research fellow in the Department of Aeronautics and Astronautics at MIT. During this period of time, he theoretically and numerically investigated the interaction between air blast wave and structures. In particular, his research focused on devising mitigation strategies to limit injuries due to shock waves to both human and structures.

Since joining the Institute for Computational Engineering and Sciences in June 2008 as postdoctoral fellow, and then research associate, and then research scientist, Dr. Bui-Thanh has been conducting interdisciplinary research across different areas of computational science and applied mathematics. In particular, he has made important contributions to computational electromagnetics, computational geosciences, parallel computing, large scale partial-differential-equation-constrained optimization, computational inverse problems, uncertainty quantication, and numerical analysis.

There are two common thrusts in Tan Bui's research that motivate and drive each other. The first one is to devise (large-scale) scalable, efficient, and rigorous numerical algorithms to simulate difficult problems in engineering and sciences. The second one, which is the ultimate goal, is to develop scalable methodologies for computer predictions with quantiable uncertainty.

Dr. Bui-Thanh joined the Department of Aerospace Engineering and Engineering Mechanics at the University of Texas at Austin in August 2013. His current research focus is on developing scalable methods for large-scale uncertainty quantication and numerical methods for exascale supercomputers.