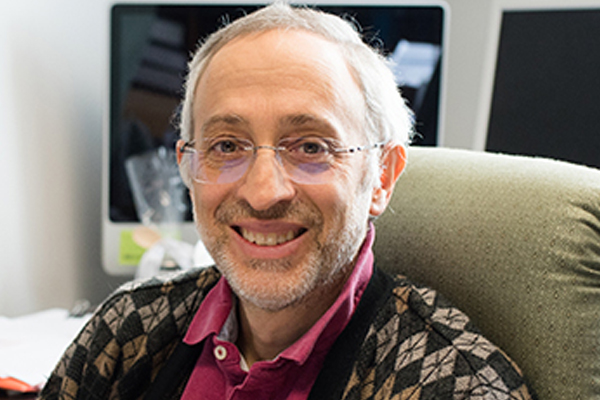 Dr. David B. Goldstein received a Bachelor of Science in Engineering Physics from the Mechanical and Aerospace Engineering Department of Princeton University in 1984.  He obtained a M.S. and Ph.D. from the Aeronautics Department of the California Institute of Technology in 1985 and 1990, respectively. His graduate research involved simulation of non-equilibrium supersonic flows on massively parallel computers with the direct simulation Monte Carlo and discrete-velocity molecular models. During 1990 he served as a Research Fellow at Caltech, working with Prof. Brad Sturtevant. From Sept. 1990 to Sept. 1992 Dr. Goldstein served as a Research Associate at the Center for Fluid Mechanics at Brown University and developed a method for modeling solid surfaces in an unsteady flow.  He investigated turbulent channel flow with spectral method simulations using this model. During this time he also expanded a model of discrete-velocity molecular dynamics to include discrete-energy collision dynamics of polyatomic molecules. For the remainder of 1992 Dr. Goldstein was a Visiting Researcher at Mitsubishi Heavy Industries’ Advanced Technology Research Center in Yokohama. There he worked on moving boundary problems related to flow induced structural oscillation.

In 1993 Dr. Goldstein was appointed as an Assistant Professor in the Department of Aerospace Engineering and Engineering Mechanics at The University of Texas at Austin. In 1998 he was promoted to Associate Professor effective September 1999. In 2004 he was promoted to Professor effective September 2005. His teaching involves undergraduate and graduate classes in fluid mechanics. His research interests continue to be centered on the fundamental physics of high speed and non-equilibrium flows and the direct numerical simulation of turbulent flows in complex geometries. His work on rarefied flow involves developing efficient models for extending rarefied flow simulations far into the continuum flow regime, investigating the physics of a discrete-velocity gas and modeling the supersonic atmospheric flow and radiation on several planets and moons. In addition, he is interested in drag reduction techniques in turbulent boundary layers through surface modifications (i.e., riblets, bubbles or microjets) and the use of force fields in spectral method techniques to model solid surfaces. Dr. Goldstein is doing experiments in the water tunnel and has worked in the Mach 5 facility and the 5´ x 7´ low speed wind tunnel at PRC.  In 1999-2000 Dr. Goldstein led an interdisciplinary team searching for water in permanently shadowed craters on the Moon and is continuing such work as a member of NASA’S LCROSS Science Team.