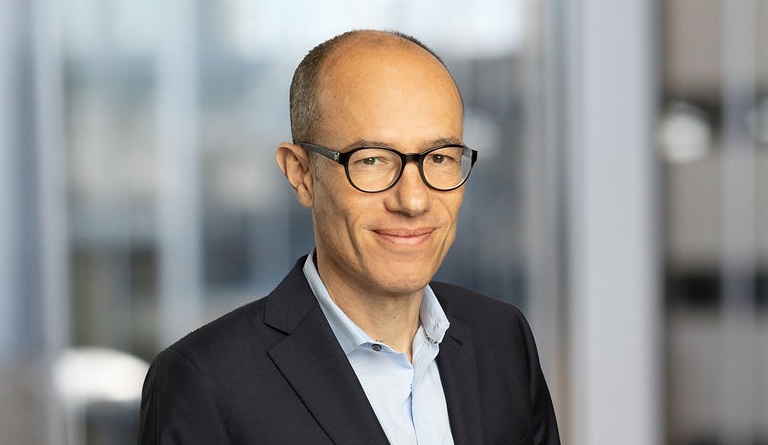 Patrick Heimbach is a Professor in the Department of Geological Sciences at the University of Texas at Austin, with joint appointments in the Jackson School of Geosciences and the Institute of Geophysics. He is a core faculty member in the Oden Institute for Computational Engineering and Sciences, where he holds the W. A. “Tex” Moncrief, Jr., chair III in Simulation-Based Engineering and Sciences. Previously, he has worked for 16 years at the Massachusetts Institute of Technology. Patrick earned his Ph.D. in Geosciences in 1998 from the Max-Planck-Institute for Meteorology and the University of Hamburg, Germany.

Patrick’s main research interest is understanding the general circulation of the ocean and its role in the global climate system. As part of the NASA-supported “Estimating the Circulation and Climate of the Ocean” (ECCO) consortium, he is applying inverse methods to produce optimal estimates of the time-evolving state over the past few decades of the global ocean and sea ice. Emerging research foci are understanding the dynamics of sea level change, the provision of formal uncertainties along with these estimates and implications for improving the global ocean observing system for climate. Patrick has also become interested in the cryosphere. His group is improving simulations of coupled sea ice-ocean dynamics in the Arctic. Furthermore, he investigates the polar ice sheets, their dynamics, their interaction with the ocean, and their contributions to sea level change.

Among his professional activities, Patrick serves on the National Academy of Sciences’ Ocean Studies Board, and on the National Science Foundation’s Advisory Committees for the Office of Polar Programs and the Office for Advanced Cyberinfrastructure. He is a member of NASA’s Sea Level Change Science Team, the US CLIVAR Ocean Uncertainty Quantification working group, the CliC/CLIVAR Northern Ocean Regional Panel, and the WMO OceanPredict Science Team. Patrick is co-founder and co-organizer of the Norway-led Advanced Climate Dynamics Courses (ACDC), held annually since 2009.

Dr. Heimbach’s research group (CRIOS) applies advanced computational methods to improve our understanding of the role of the ocean, sea ice and polar ice sheets in the global climate system. The research rests on the recognition that these Earth system components remain insufficiently sampled by observations. Applying Bayesian inverse methods and scientific machine learning, the group works toward optimal extraction of information contained in available observations through formal synthesis with known dynamics that are encapsulated in the governing equations of motion and rendered in state-of-the-art numerical models. Improved mechanistic understanding along with uncertainty characterization are essential prerequisites for developing robust climate predictions with quantified uncertainties. CRIOS is involved in a number of formal and informal, national and international research collaborations, including the UK, Norway, Germany, Japan, and Australia. The group is pursuing several main research thrusts.

A central focus of CRIOS is on sustaining and improving the production of ocean state estimates to support global and regional ocean circulation and climate variability research on time scales of days to decades. CRIOS is a core member of the NASA-funded "Estimating the Circulation and Climate of the Ocean" (ECCO) consortium, together with colleagues at JPL/Caltech, MIT, and AER. ECCO is one of the nation's leading global ocean data assimilation efforts. Some emerging research problems tackled by CRIOS members are:
1. characterizing and understanding the dynamics and variability of the global and Atlantic Meridional Overturning Circulation (AMOC) in terms of the underlying three-dimensional ocean circulation;
2. understanding the dynamics of global and regional sea level change, the role played by ocean dynamics in explaining regional sea level variability, and the partition of observed changes into thermosteric and mass contributions;
3. developing a computational framework for characterizing and quantifying uncertainties associated with the sparse observations, the initial and boundary conditions, and the model parameters;
4. developing formal methods for quantitative observing system design in support of regional and global observing campaigns.

A second broad area of research targets the marine-based and marine-terminating cryosphere. Through NSF funding the group is improving simulations of coupled sea ice-ocean dynamics in the Arctic Ocean. Fundamental research questions here pertain to potential links between ocean circulation changes in the Arctic and North Atlantic and the decline of Arctic sea ice cover. A related research question is with regard to implied Arctic/subpolar North Atlantic freshwater balances and their role in subpolar North Atlantic Ocean dynamics. CRIOS is also getting involved with coupling the ocean's physical state with biogeochemical, biological, and ecosystem properties.

A third area CRIOS is investigating is the polar ice sheets, their dynamics, their interaction with the ocean, and their contributions to sea level change. Of particular interest is understanding the role of glacier-fjord (Greenland) and ice shelf/stream-ocean interactions (Antarctica) in the observed mass loss of the Greenland and Antarctic ice sheets, and the potential for future abrupt destabilization and accelerated sea level rise. Another research thrust pertains to the development of dynamically consistent ice sheet (or coupled ice sheet-ocean) initialization schemes to enable skillful predictions.

Much of the work involves the use of advanced methods of computational science and engineering, in particular, Bayesian inverse methods, state and parameter estimation, uncertainty quantification, and scientific machine learning.  Some of these methods have in common the use of derivative forms of Earth system models, in particular adjoint and Hessian model codes. The group is expanding the use of differentiable programming and algorithmic differentiation-enabled adjoint code generation and maintenance for Earth system models.