The Arctic Ocean: Stirred not Shaken

Make the Arctic Ocean in a glass! Served with ice and salt.

Researchers from the Oden Institute for Computational Engineering and Sciences will be at Girl Day this Saturday showing the next generation of scientists how to conduct simple yet powerful experiments to understand the role of sea ice and glacial melts in the changing Arctic climate.

At this year’s #UTGirlDay (Saturday, February 22), the CRIOS group will show elementary and middle school girls a series of experiments that demonstrate changes in the Arctic Ocean and its marginal seas.

Read on as An T. Nguyen provides a step-by-step guide to one of their experiments illustrating how Arctic sea-ice melt is altering the physical make-up of the changing polar ocean.

Note: You can try this at home!

The entire ocean is made up of “layers” of salt waters with the upper most layers (~1-20 meters) being very fresh (containing much less salt) and the lower layers having increasing salt concentration as they go down toward the sea floor. 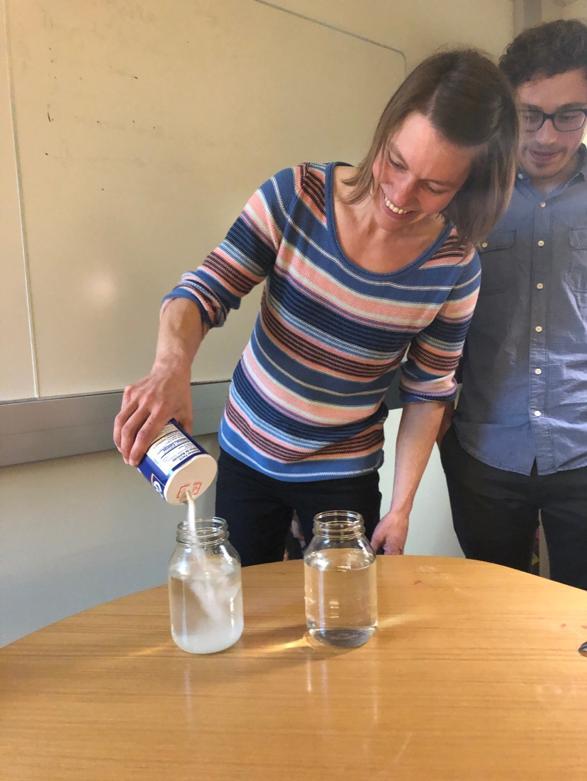 One jar is a model of salty ocean water. The other jar mimics “fresh” upper ocean water found on the surface of the Arctic Ocean. This is a result of melting sea ice, as well as river runoff. Fresh water is lighter (total weight) and less dense (weight per volume) than salt water, which is why it is found near/at the surface in the ocean. 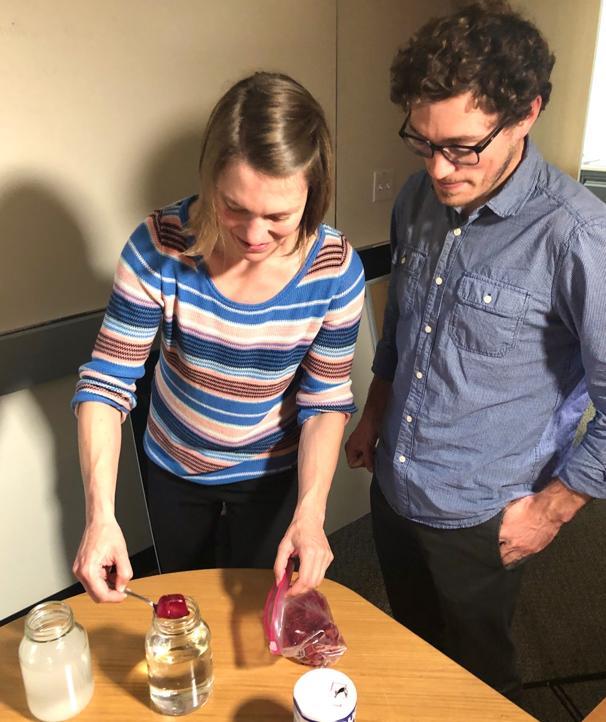 Add one dye-colored ice cube into each jar. These will demonstrate how sea ice floats in both a fresh “upper ocean” (jar with tap water) and in the salty entire ocean (jar with salt).

NOTE: The ice cubes contain no salt: ice is the solid state of fresh water. 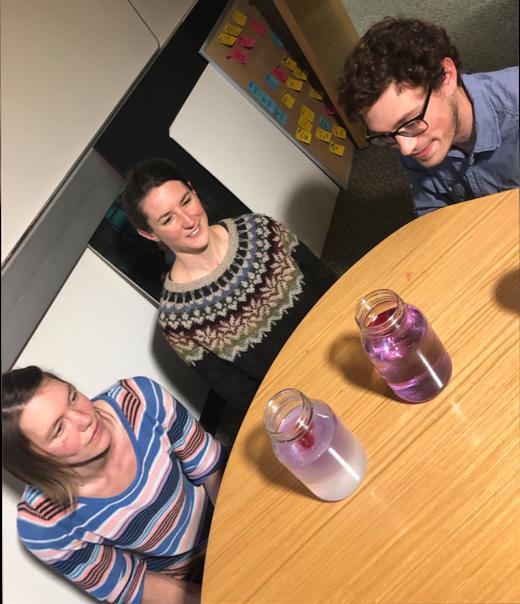 The dye should behave differently in salty water versus freshwater.

In the jar with tap water, the dye-colored ice cube is now melting because the tap water is warmer than 0ºC, which is the melting temperature of fresh water. The property of fresh water is such that it is most dense at 4ºC. Thus, as the ice cube melts (from mixing of 0ºC ice with warmer tap water), it creates “cold” water around 4ºC which is now denser than all fresh water in the jar. By observing the dye, the dense water can now be seen sinking to the bottom of the fresh water jar.

As we continue to observe, we notice the ice cube in the salt-water jar melts MUCH SLOWER.

This is because in the tap-water jar, due to the sinking motion of the dense (cold) water, there is continuous mixing of cold and warm water, which drops cold water down and warm water up closer to the bottom of the ice, which enhances the melting.

In the salt water jar, because the cold melt fresh water is restricted near/at the surface, much less vertical motion movements of cold/warm freshwater is taking place. As a result, the cold melted fresh water surrounds and acts to insulate the ice cube itself, preventing the warmer salt water elsewhere in the jar from reaching the ice cube’s rim and bottom. Due to this insulation, the ice cube melts much slower. 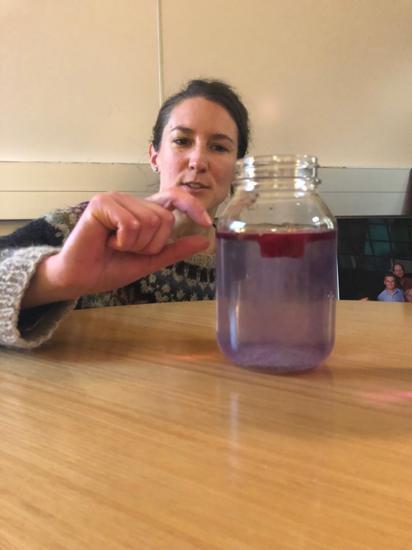