Dr. Ivo Babuška celebrated his 95th birthday in style in downtown Albuquerque this month as friends and colleagues from around the world flew into show their appreciation for one of the “greatest living mathematicians of the last century.”

His actual birthday was in March of this year but COVID-19 restrictions forced the postponement of festivities. Leading computational scientists gathered in New Mexico to participate in a one-day workshop in his honor. 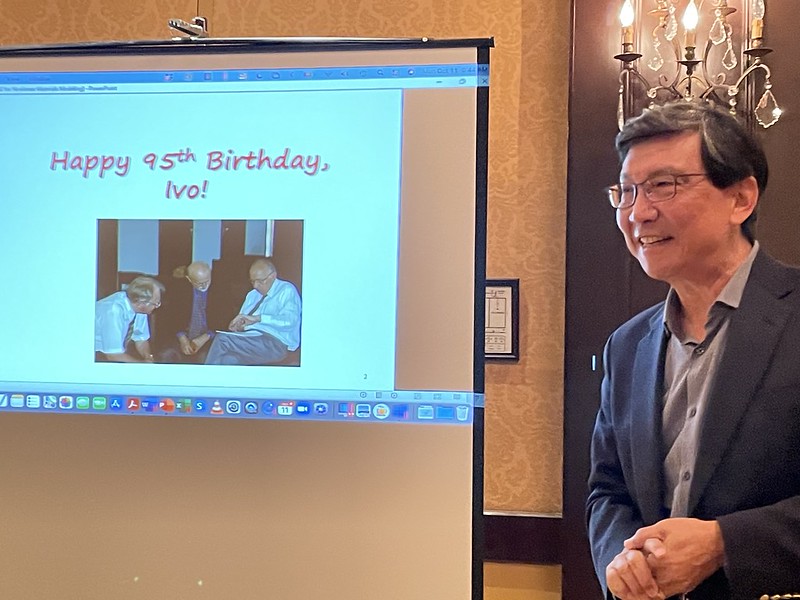 “Ivo Babuška asked me a couple of years ago why I believed a computer could learn any arbitrary function: non-differentiable, infinite dimensional, stochastic… In honor of his birthday, I’ll give an applied mathematical answer,” said Dr. Chandrajit Bajaj from the Oden Institute who opened up proceedings with his talk entitled, “Can Computers Self-Learn to Model, Verify, Validate and Predict?”

Several other leading scientists followed and covered various topics to pique the interests of a man who only retired from his position at the Oden Institute three years ago at age 92.

Born on March 22nd 1926 in Prague, Ivo Babuška emigrated to the U.S. in 1968 where he became a professor at the University of Maryland. Later he moved to the Oden Institute at UT Austin where he remained until 2018.

"It was heart-warming, everybody showed up,” said Dr. Leszek Demkowicz, who who co-organized proceedings together with Dr. Jim Stewart of Sandia National Laboratories. “Ivo was very happy and touched, and we all had a wonderful time.”