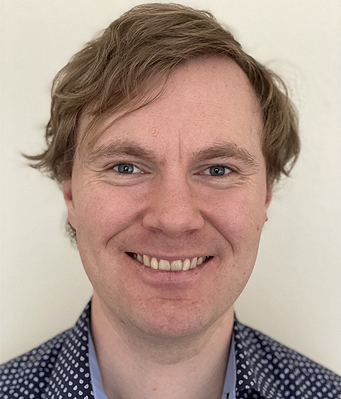 Eirik Valseth is a research scientist working with Clint Dawson in the Computational Hydraulics Group (CHG) at the Oden Institute.

He was recently awarded one of the European Union’s most prestigious grants: the Marie Curie Fellowship.

The Marie Skłodowska-Curie Actions (MSCA) is the European Union’s flagship funding program for doctoral education and postdoctoral training of researchers. The programs fund excellent research and innovation and equip researchers at all stages of their career with new knowledge and skills, through mobility across borders and exposure to different sectors and disciplines. The MSCA builds Europe's capacity for research and innovation by investing in the long-term careers of excellent researchers.

A native of Norway, Valseth plans to apply the expertise he has gained working with Dawson on storm surge modeling to find new ways to increase the efficiency of hydropower in Norway, where hydroelectric production accounts for the vast majority of national energy needs.

Instead of focusing on storm surge in coastal regions like he is used to with the CHG, Valseth will be looking at inland flooding in Norway where historical models used for predicting hydropower production have become obsolete due to climate change and other variables.

“It's getting warmer in Norway. The climate is changing and that has made existing prediction techniques useless because they no longer fit the norm,” he said.

As a research associate in the CHG group, Valseth has been developing new finite element methods to increase the state of the art prediction capabilities in hurricane storm surge modeling.

He plans to continue his research here at the Oden Institute, spending half his time in Norway and the other half here at the University of Texas at Austin.