Coralia Cartis, Professor, Numerical Optimization at the Mathematical Institute, University of Oxford, and a Fellow of Balliol College and The Alan Turing Institute for Data Science.

Modern applications such as machine learning involve the solution of huge scale nonconvex optimization problems,
sometimes with special structure. Motivated by these challenges, we investigate more generally, dimensionality reduction
techniques in the variable/parameter domain for local and global optimization that rely crucially on random projections.
We describe and use sketching results (including novel ones for sparse embeddings) that allow efficient projections to
low dimensions while preserving useful properties, as well as other tools from random matrix theory and conic integral geometry.
We focus on functions with low effective dimensionality, a common occurrence in applications involving overparameterized models
and that can serve as an insightful proxy for the training landscape in neural networks. We obtain algorithms that scale well with
problem dimension, allow inaccurate information and biased noise, have adaptive parameters and benefit from high-probability
complexity guarantees and almost sure convergence.

Coralia Cartis is Professor of Numerical Optimization at the Mathematical Institute, University of Oxford and a Fellow of Balliol College  and The Alan Turing Institute for Data Science. She received a BSc degree in mathematics from Babesh-Bolyai University, Cluj-Napoca, Romania, and a PhD degree in mathematics from the University of Cambridge, under the supervision of Prof Michael J.D. Powell. Prior to \her current post, she worked as a research scientist at Rutherford Appleton Laboratory and as a postdoctoral researcher at Oxford University, and was a tenured assistant professor in the School of Mathematics, University of Edinburgh. Her research interests include the development and analysis of nonlinear optimization algorithms and diverse applications of optimization from climate modeling to signal processing and machine learning. She serves on the editorial boards of leading optimization and numerical analysis journals and was awarded some prizes for her research. 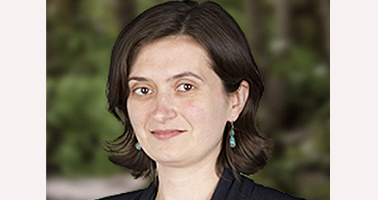