Diblock copolymers (Di-BCP) are polymers consistent of two blocks of distinct monomers. Upon thermal or solvent annealing, the two blocks in a Di-BCP melt spontaneously segregate as a result of their incompatibility. Periodically-ordered nano-scale structures emerge as the melt achieves an equilibrium. This phenomenon is known as the self-assembly of Di-BCPs. The self-assembly can be further influenced by external guidance, such as chemically modified substrates, enabling the design of complex nano-structures. This process is referred to as the directed self-assembly (DSA) of Di-BCPs. The DSA of BCPs has attracted massive attention for its application in patterning for lithography to be used for fabricating nano-scale devices. Recently, there has been a rising interest in making consequential decisions based on computer simulations of Di-BCP self-assembly; most noticeably being the use of model-based simulations to propose DSA procedures for meeting the manufacturing constraints of nanofabrication. With the growing impact of computer simulations in the applications of the self-assembly, it is more imperative than ever to understand as well as systematically control and enhance the quality, validity, and reliability of these simulations. Aiming at these goals, this study focuses on predictive modeling with quantified uncertainties for Di-BCP self-assembly. First, the physical and mathematical origins of models for Di-BCP self-assembly are presented to set the ground for understanding the predictability of continuum models for the self-assembly, such as those based on self-consistent field theory and density functional theory. Then fast algorithms are designed based on approximations of the Hessian operators for solving these models via free energy minimization. These algorithms help accelerate many-query applications, such as design and inverse problems, associated with model-based simulations of Di-BCP self-assembly. A Bayesian framework for predictive modeling of Di-BCP thin film self-assembly via the Occam Plausibility Algorithm is presented. This procedure involves model calibration, selection, and validation centered around Bayes' rule and image data produced by microscopy or X-ray scattering characterizations. The aleatoric uncertainties of Di-BCP self-assembly represented by metastability and defectivity require introducing randomness into model predictions. These uncertainties, however, lead to integrated likelihoods that are generally intractable to evaluate. To tackle this challenge that hampers the execution of the predictive modeling procedure, likelihood-free inference approaches via pseudo-marginal methods and measure transport are considered in this study. To improve the efficiency of these inference methodologies, they are used in adjunct with carefully designed summary statistics that extract features of characterization images. Several Fourier- and energy-based summary statistics are proposed for top-down microscopy characterizations of Di-BCP thin films. Expected information gains are used to quantify the utilities of summary statistics choices, and we show that they can be computed via measure transport with no significant additional computational cost.

Lianghao Cao is a PhD candidate in the Computational Science, Engineering, and Mathematics from the Oden Institute at The University of Texas at Austin. He received a B.S. degree in Engineering Mechanics from University of Illinois at Urbana-Champaign in 2017. He is supervised by Prof. J. Tinsley Oden and Prof. Omar Ghattas. 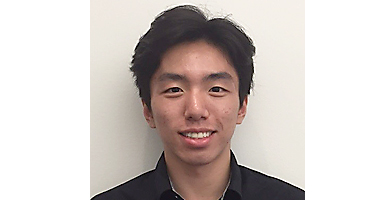