The last few years have seen an explosion in surrogate modeling methodologies for scientific computing.  However, many issues remain when attempting to utilize these tools at scale for real-world applications.  Our research group at Sandia National Laboratories is interested in deploying these technologies across the various laboratory mission areas and tackling the challenges that arise, particularly at the interfaces between surrogate models and legacy tooling. In order to achieve their promised impact, these surrogates must be made to fit within an established framework with legacy software codes.  This is largely accomplished by creating surrogates which augment, leverage, or replicate legacy code.  The most straightforward approach is to use a surrogate to replace your legacy code for some low-latency or high-throughput application.  This approach typically does not require any modifications to the legacy code and has been shown to be highly effective for a wide range of applications.  However, for high-consequence decision-making, establishing surrogate model credibility is often a challenge.  In contrast, approaches that use surrogate models to augment existing code (e.g., machine learned material or sub-grid models) are often highly credible when the surrogate model is used within the intended operational regime.  Additionally, this approach often only requires a minimally intrusive implementation (although bespoke performance optimizations may be required).  However, the number of applications where this type of approach is valuable is somewhat limited.  The third approach, wherein legacy code is leveraged in the evaluation of the surrogate (e.g., projection-based ROMs) tends to be more intrusive but also broadly applicable and, when equipped with a posteriori error estimates, credible. In this talk, I’ll overview work at Sandia National Laboratories utilizing each of these approaches to surrogate modeling.  I’ll focus especially on the Pressio project for enabling minimally intrusive projection-based ROMs and the API we’ve developed for interfacing with a diverse suite of high-performance computing applications.

John Tencer is a Principal Member of Technical Staff at Sandia National Laboratories (SNL) in Albuquerque, New Mexico.  His research interests are in the areas of thermal and computational sciences with particular interest in thermal radiation, reduced-order modeling, machine learning, and uncertainty quantification.  Dr. Tencer received his B.S. in Mechanical Engineering from the University of Tennessee, Knoxville in 2009.  He then received M.S. and Ph.D. degrees in Mechanical Engineering from the University of Texas at Austin in 2011 and 2013.  He joined the Thermal Sciences and Engineering Department at Sandia National Laboratories in 2013.  He is the co-chair of the computational heat transfer technical committee for ASME and received the Secretary of Energy Achievement Award for his work with the Waste Isolation Pilot Plant Technical Assessment Team in 2016. 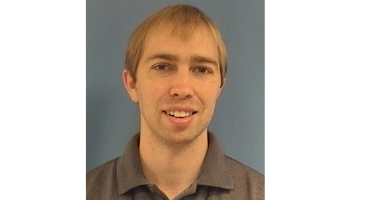