Physics-based high-fidelity models that predict large scale natural processes such as the weather require immense computational resources for a result that is often not a good representation of the truth, as dangerously few realizations of these models are used to make predictions. There once was a thought that cheap data-driven models would replace their physics-based counterparts.  This reality has not come to pass, as models purely based on data do not provide reliable physically consistent predictions. By leveraging and extending the multilevel Monte Carlo approach, this talk proposes a framework, model forest data assimilation, in which state prediction and correction (the data assimilation problem) can be performed given a large collection of physics-based and data-driven models. Thus, this approach aims to combine the speed of many modern data-driven models, specifically types of reduced order models, with the accuracy of the much slower physics-based high-fidelity models in a statistically consistent manner. Applying this approach to the ensemble Kalman filter shows great promise in significantly reducing the reliance on expensive high-fidelity models.

Andrey obtained his Ph.D. in Computer Science from Virginia Tech (VT), and his B.S. in Mathematics from Rensselaer Polytechnic Institute (RPI).  During the course of his Ph.D., Andrey has worked on ensemble filtering techniques including work with multifidelity data assimilation and with covariance shrinkage. He has also worked on extending and applying non-linear dimensionality reduction techniques to constructing efficient reduced order models for use in scientific applications. Andrey's other interests include data-driven science, knowledge-guided machine learning, and time integration 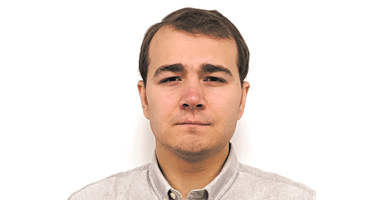