Neuron, a non-profit dedicated to supporting Czech scientists, has awarded ICES researcher Ivo Babuška its 2014 prize in mathematics for his contributions to the field of computational mechanics made in the Czech Republic and abroad.

“Professor Babuška is undoubtedly one of the founders of the field [of computational mechanics]. For his ability to see ahead, to determine the direction of further development and see the importance of connecting different areas, he is quite [an] exceptional figure,” said Zdeněk Strakoš, a professor of mathematics at the Charles University in Prague and a member of Neuron’s scientific board.

Babuška was born in the Czech republic in 1926 and was in charge of mathematically modeling the Orlík Dam, the Czech Republic’s largest hydroelectric dam, in the 1950s. Babuska's mathematical expertise and insight made the sound construction of the massive concrete structure possible.

“Even then he formulated the basic principles of reliability of mathematical modeling and implementation of numerical calculations on computers that are still valid today,” said Strakoš, describing the lasting significance of Babuška’s mathematical contributions. 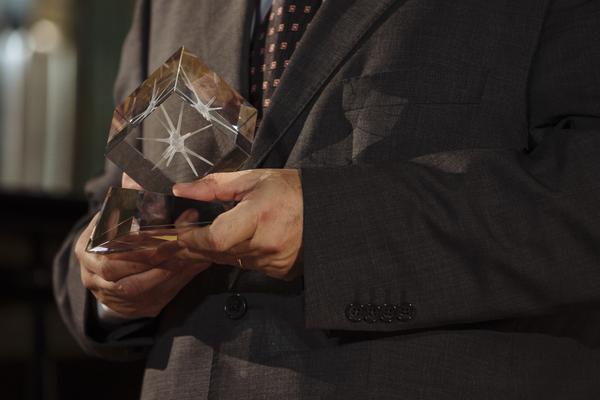 Babuška is one of ten scientists to receive a Neuron Award for scientific contributions, with other recipients being recognized for achievements in fields such as physics, chemistry, social science, medicine and mathematics. The awards were officially announced during a December ceremony in Prague that also recognized up-and-coming Czech scientists with The Neuron Award for Promising Young Scientists.