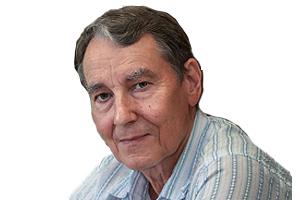 State Estimation or Data Assimilation are about estimating "physical states'' of interest from two sources of partial information: data produced by external sensors and a (typically incomplete or uncalibrated) background model, given in terms of a partial differential equation. In this talk we focus on states that ideally satisfy a parabolic equation with known right hand side but unknown initial values. Additional partial information is given in terms of data that represent the unknown state in a subdomain of the whole space-time cylinder up to a fixed time horizon. Recovering the state from this information is known to be a (mildly) ill-posed problem. Earlier contributions employ mesh-dependent regularizations in a fully discrete setting. In contrast, we start from a regularized least-squares formulation on an infinite-dimensional level that respects a stable space-time variational formulation of the parabolic problem. We argue that this has several principal advantages. First, it allows one to disentangle discretization and discretization parameters and identify reasonable “target objects” also in the presence of inconsistent data. More specifically, exploiting the equivalence of errors and residuals in appropriate norms, given by the variational formulation, we derive rigorous computable a posteriori error bounds quantifying the uncertainties of numerical outcomes. Moreover, these quantities provide stopping criteria for an iterative Schur complement solver that is shown to exhibit optimal performance. Finally, it gives rise to estimates for consistency errors and suggests a "doubley nested” iteration striving for an optimal balance of regularization and discretization. The theoretical results are illustrated by some numerical tests, including inconsistent data. If time permits we indicate possible combinations with reduced basis techniques and related recovery methods or stochastic interpretations.

This is joint work with R. Stevenson and J. Westerdiep.